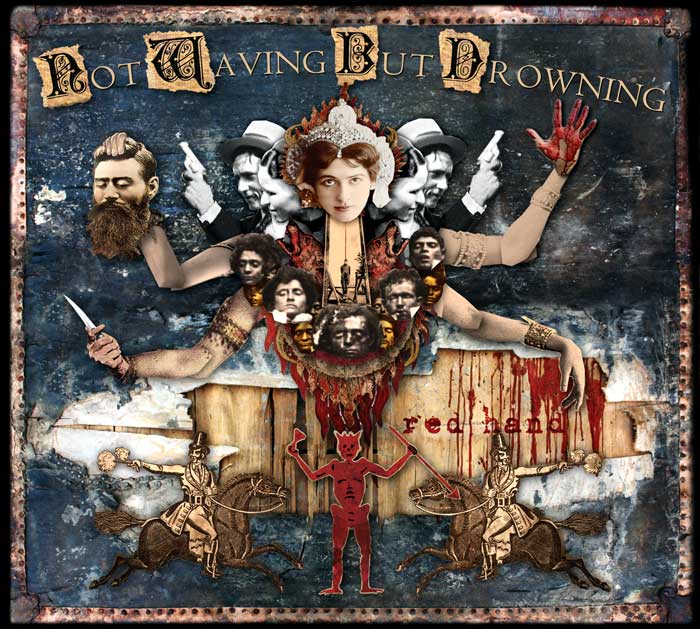 Musically revelrous, but lyrically so very much about death; that's the bargain struck by Not Waving But Drowning on this, their third record.

Red Hand alludes to thievery of all sorts — whether through the tale of a cross-dressing bandit of the 1600s, the relentless creep of Alzheimer's, or the intrigues of a courtesan turned international spy. Nearly all ending in the demise, timely or not, of the songs' protagonists.

All three Not Waving But Drowning records are available on Bandcamp and Spotify, as well as most of the other usual suspects.

Hot Fun in the Summertime

Thanks a Lot, Lancelot

Sleep Before I Wake